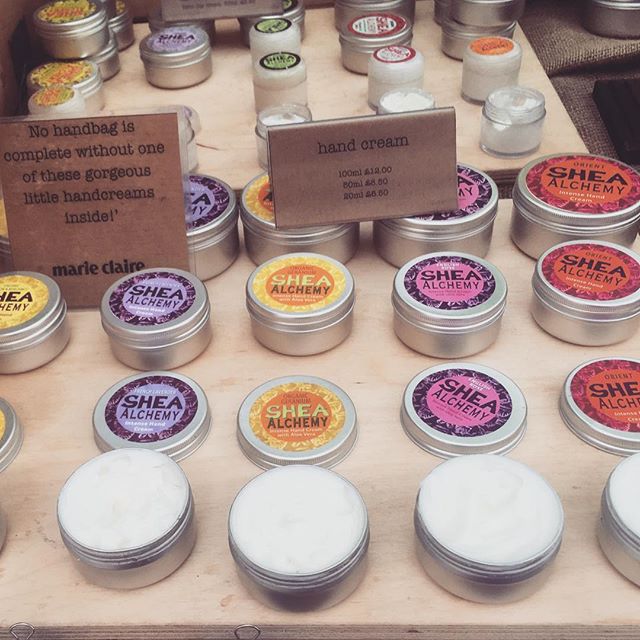 The company was set up in 2007 by Sally. Originally it was a hobby. She realised that most mass produced, reasonably priced commercial skincare was full of nasty stuff so she decided to experiment with making her own. She went on courses, discovered how brilliant shea butter was and then,because she is a graphic designer, she had fun creating labels and a look for her little company. A stall on Alexandra Palace Farmers market in Muswell Hill, London, led to a website, online sales, a stall on Broadway market. Then her best friend Emma joined in and started making cream up in York, sending out the web orders and doing fairs in the North. Now Megan has joined the team as production supremo. Mark has always been the IT genius behind the scenes who sorts out all the complicated stuff and that's it.

Our sales have grown massively through word of mouth but we are staying small because that’s what we are all about.

We use lovely natural ingredients including organic, unrefined shea butter that we buy in from Afrikids – a child’s rights organisation in Ghana, Acwellsyke spring water which we get direct from Sally's cousin’s farm in Rockingham Forest, organic cocoa butter, aloe vera, calendula, blackseed oil, horse chestnut extract, apricot kernel oil, vitamin E, vitamin A ... the list goes on and on and on. Naturally no parabens, no sulphates, no petroleum products, no animal testing.