How many of us realize that this fashionable destination in Hackney was a busy cart-track, bringing in food supplies to London; (named Trinovantum by the first legendary conqueror “Brutus the Trojan”). Covering many miles, just imagine the never ending parallel ruts sculpted into the muddy pathway around 3,000 years ago. Hoof prints and dung identified it’s importance to our earliest settlers.

Phoenician trading had already been established along the west and south of England, from extensive tin mining in Cornwall to the navigable reaches of the Thames. This was a thousand years before the Roman invaders who eventually renamed what had now become the thriving city to Londinium. (At this time, Joseph of Arimathea was possibly a frequent visitor to Marazion).

Our historic trackway (Broadway Market) was not just a vital supply route to this rapidly growing settlement, but importantly to supply the Phoenician trading ships moored at the ancient *‘Pool of London’. The trail is still known to this day as the ‘Porter’s Path’, accessing victuals from the local rich pasture-lands and wheat fields along the Lea Valley. *[The first safe-haven for mooring merchant vessels eventually extended over a mile, to accommodate the vast and ever increasing trade. It stretched from the Isle of Dogs (Welsh: Ynys Dociau) and Billingsgate (King Belin’s Gate); by the present London Bridge].

The city was thriving, and so too its merchants, shipping agents and its farmers. Much of the livestock would travel on board for the long journeys, though some of the meat would be salted and stored in barrels. Perhaps the best fed crews made the fastest ships? Tens of thousands of cows and sheep would pass down the Porters Path every year. It would have been a never-ending queue of slow-moving livestock and wagons, noisily trundling along, dive-bombed by horse-flies and accompanied by the ever present and overpowering rural whiffs. When it rained, deep puddles would have been a squelching ooze of mud slowing down the vast number of drovers.

After the Roman Invasion, under the command of Julius Caesar, British subjugation became one of this General’s greatest achievements. Imagine the shock of conquerors’ first sight of this of the huge and bustling shipping port. The new Roman occupiers and their military engineers rapidly acknowledged that this highly efficient and generously populated city, had already been long established. And to lay-down significant markers of their superiority, built a huge wooden bridge across the Tamisis Flumen (River Thames), to access Kent; A huge Temple to the Goddess Dianna (Now St. Paul’s Cathedral); a coliseum (now Mansion House); and renamed the city Londinium. 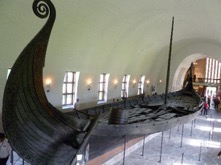 Saxon King Alfred the Great successfully dammed and drained the River Lea to stop the Vikings from leaving their huge camp at Ware. He was concerned the Vikings would burn the entire wheat crop covering the whole Lea valley, London’s main grain source. (Ironically, King Alfred saved the wheat but burned the cakes!) Metaphorically, he also saved our Bacon!) The Vikings were forced to leave London for the north.

Condemned for treason, and imprisoned in the Tower of London, in early winter 1534, Sir Thomas More’s daughter, Margaret Roper would take her father’s daily food rations to him benefitting the directness of the Porters Path. Another irony; she lived at the Tower House (opposite the Pub on the Park in Martello St.) London Field was first named in 1540. 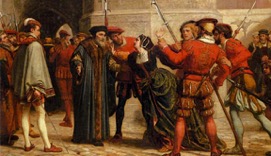 (From David Altheer, local historian):
Gypsies had been passing through and living in Hackney for five centuries. No records have been found of their presence in Hackney during the 1500s but they were becoming known in London. The statesman Sir Thomas More wrote in 1529 of having been told 15 years earlier about an “Egyptian” [Gypsy] woman who could tell “manye mervaylous thynges”.The palm-reader was unlikely to have predicted what More and his friends had in store for her: 15 years later as Lord Chancellor to Henry VIII he was preparing legislation “concernynge outlandyshepeople callynge themselves Egiptians” that ordered them out of the kingdom on pain of death”.

17th C. Poet and Cromwellian, John Milton would also have frequented London Fields as his second wife also lived here at Tower House in 1656. Sadly she died in childbirth just 2 years later in 1658.

Broadway Market ran diagonally through to Hackney Road, and from about 1800 was officially known as Margaret Place. (see Laurie & Whittle Map 1819). To the north of the Cat & Mutton Bridge, in 1831 it was renamed Duncan Place, then Broadway with the “Market” added in the late 19th C. (Renamed again in 1831; Starling Map – possibly after Admiral Adam Duncan who defeated 30,000 Dutch troops intended for the invasion of Ireland.)

Few realize that the first Act for navigational improvement in England was in 1425, for the improvement of the River Lea, (passing through Hackney to Hertford), the major tributary of the River Thames. (Five hundred years had passed since King Alfred had dammed up the River Lea.) In 1812 “The Regent Canal Act” was passed and the Regent’s Canal constructed. This final link was direct into the River Thames at Limehouse, completing the passageway of heavy freight to Birmingham Manchester and the entire industrial North. (It should be noted that this was at the time of horse-drawn stage coaches and ox-laden wagons).

The new Regents Canal became a central pivot for industry and supplies. Timber warehouses grew, Gas light and Coke companies were established and this once rural backwater had become a major hub of enterprise.

The railways arrived so suddenly that within two decades (1830-40) rendered the inevitable decline of the Britain’s entire canal network. The final economic blow came after WW2 in the 1950’s, following the introduction of motorways and heavy road transport. (And this development in turn closed much of the flagging railway network!)

Until the 1980’s while British Waterways ran the entire uneconomic system of British canals; every single lock gate through Hackney to everywhere else – from Friday Afternoon until Monday morning was chained and padlocked to prevent the passage of private vessels! Then someone had a vision; perhaps a few holiday-makers might like to use the canals on weekends? The rest is history.

Still today an open space, it was the last overnight grazing ground for hungry livestock – leaving us with reminders all around; Sheep Lane, Lamb Lane and of course the Cat & Mutton Pub (formerly the Shoulder of Mutton & Cat).

London Field(s) has held weekly cricket tournaments during the season since 1802 and holds fixtures every weekend during the season. The ‘ashes’ fought-over these days however, are from erroneous Bar-B-Q’s. Swimming and various other recreational sports in the London Fields community are also notable.