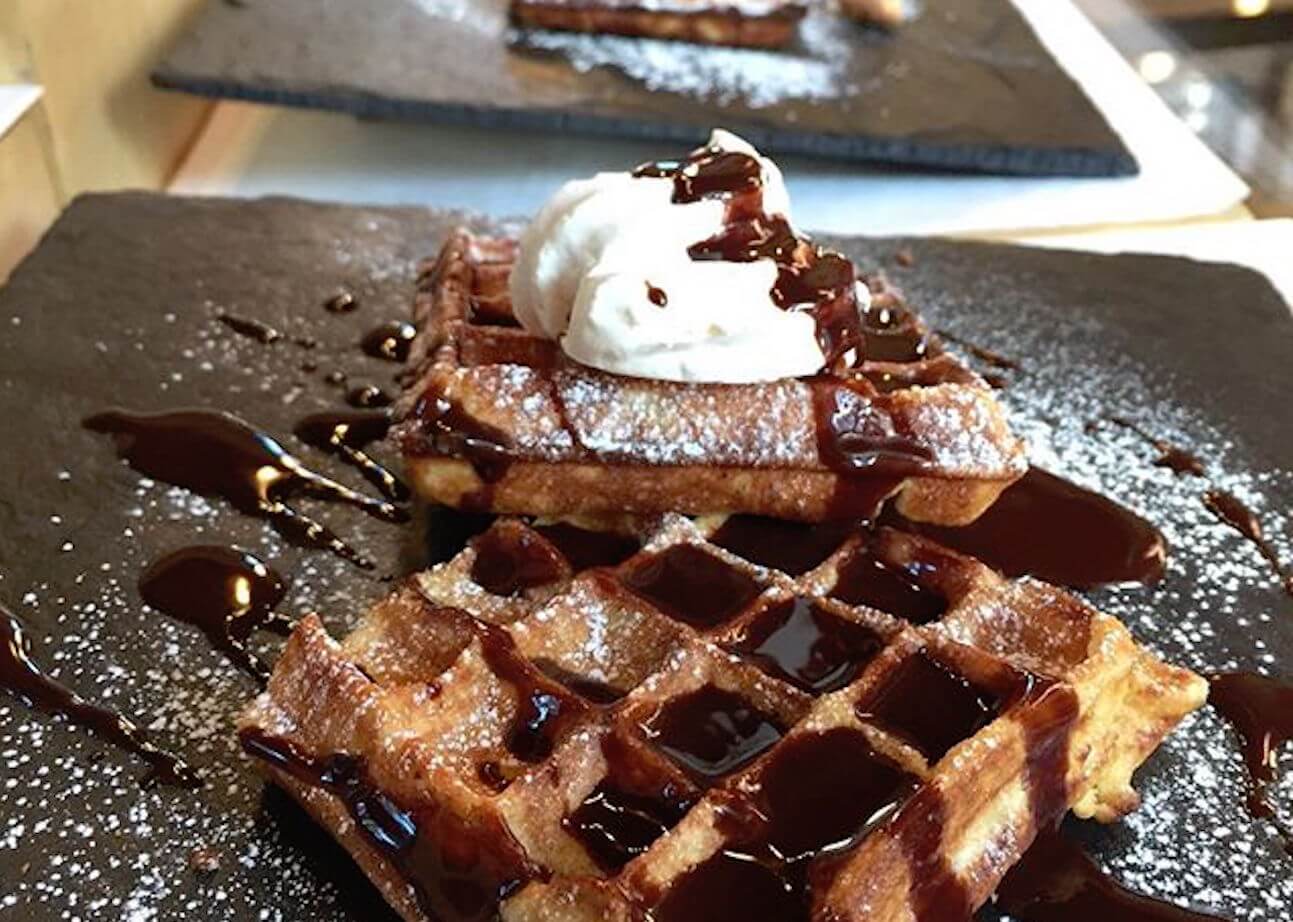 Waffle On was launched in 2012 with the goal to make the best freshly baked waffles on the streets of London.

Their founders Bettina Frohn and Eddie Ruffett developed the signature buttermilk waffles and launched at Malty Street Market in a freezing cold winter. Since then, they have been a constant at Maltby Street and other food markets across London. They have grown and evolved and now cater at the UK’s biggest festivals and events while also becoming regulars at food pop-up caterings at media or tech companies, financial institutions in The City and on set of major film studios.

Their consistent aim is to serve you ‘London’s Best Waffles’ (Evening Standard).